Hartman Expeditie is in particular strong in transport of conditioned groupage to Denmark whilst the focus of Brinkman Trans Holland is mainly to Sweden. Norway too is serviced by both companies. According to Michaël Brinkman the expansion of scale is important to be able to keep on servicing the customers in a sound manner. By merging he sees a nice and succesful future for both companies

Both owners, Michael Brinkman and Ronald Hartman have known each other for years and the logistics activities are seamlessly aligned. The companies will officially start working as of 1 January from the Hartman location in Poeldijk and from the new location in Nieuw Amsterdam. The planning department of both companies are already relocated to the new location. Brinkman: “We especially see advantages in collecting shipments in the Netherlands to our locations, the so called towing. In our locations the shipments are merged to efficient trips to Scandinavia. Also in the area of return freight merging is intensified”.

HOW TO FIND US 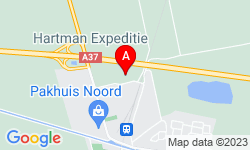